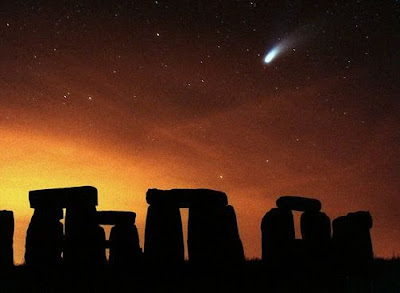 The presence of tiny balls of fungus and feces in materials dating over several millennia may disprove the theory that an exploding comet 12,900 years ago ignited a dramatic drop in earth temperature called the Younger Dryas.
The Younger Dryas has been associated with the extinction of mammoths and other Ice Age mammals in North America. But the theory that a comet or asteroid explosion is behind the cooling event is wrong, according to study leader Andrew C. Scott, a paleobotanist at Royal Holloway University in London.
According to National Geographic:

For years proponents of the impact theory have cited tiny spherules of carbon found in a layer of charred sediment throughout North America that dates to the Younger Dryas period. According to the theory, these spherules are organic matter subjected to intense heat after debris from an exploded meteor rained down on Earth, sparking massive wildfires.

The new research, however, detected carbon spherules in soil layers from before, during, and after the Younger Dryas, making it hard to argue that the particles are products of a sudden impact.

"All these particles are of natural biological origin and are not related to either intense wildfires or cosmic impacts," Scott said in an email. "The press and public are very interested in catastrophic explanations. But it is important that when evidence stacks up to show the theory does not work, then it should be abandoned."

Scott said fungal spores have similar microscopic features to nanodiamonds, which some researchers have cited as evidence of a massive comet explosion above the earth’s surface nearly 13,000 years ago.
Click here for the complete National Geographic article.
Click here for earlier post on nanodiamond theory.
Posted by Gregory LeFever at 12:59 PM 2 comments: 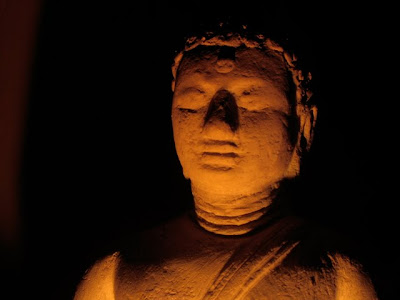 New research shows that people who meditate regularly find pain less unpleasant. According to the LiveScience website, scientists recently recruited 12 volunteers with a diverse range of meditation experience in mindfulness meditation, which emphasizes focusing on the present.
The researchers used a laser to zap the skin on the right forearm and induce pain in each participant. They found those with more meditation experience found the pain less unpleasant than meditators with less experience, while no corresponding age effect was seen among non-meditators.
“The results suggest that meditation doesn't change the raw sensory experience of pain, but rather reduces the emotional response that occurs when pain is anticipated,” researcher Christopher Brown, a cognitive neuroscientist at the University of Manchester in England, told LiveScience. “This in itself appears to be enough to reduce the unpleasantness of the experienced pain, even though the sensory experience is unchanged.”
“Meditation trains the brain to be more present-focused and therefore to spend less time anticipating future negative events," Brown added. "This may be why meditation is effective at reducing the recurrence of depression, which makes chronic pain considerably worse."
Click here for the complete LiveScience article.
Posted by Gregory LeFever at 7:25 PM 2 comments: 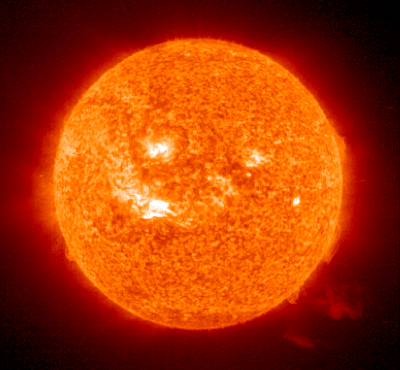 Sunspots have occurred less frequently during the past two years than at any other period for nearly a century. “This is solar behavior we haven't seen in living memory,” according to David Hathaway, physicist at NASA's Marshall Space Flight Center in Huntsville, Alabama.
Sunspots and other clues indicate that the sun's magnetic activity is diminishing, and that the sun may even be shrinking, says New Scientist magazine. Together the results hint that something profound is happening inside the sun.
When sunspot numbers drop at the end of their typical 11-year cycle, solar storms die down. This “solar minimum” doesn't last long. Within a year, the spots and storms begin to build towards a new crescendo, the next solar maximum.
What’s special about this latest dip is that the sun is having trouble starting the next solar cycle. The sun began to calm down in late 2007, so no one expected many sunspots in 2008. But computer models predicted that when the spots did return, they would do so in force. This hasn’t happened.
Click here for the complete New Scientist article.
Posted by Gregory LeFever at 6:52 PM 2 comments: