If you've ever wondered about ~ or feared ~ death, I recommend spending about four minutes listening to Father Bede Griffiths and his conclusions after having a stroke and decided to yield to death. It was then that he learned about surrender and unconditional love. Recognized as one of the great religious prophets of the 20th century, Bede Griffiths (1906-1993) was a Benedictine monk who spend several years in India, melding Christianity with aspects of Hinduism.

Shining a Light on Honesty 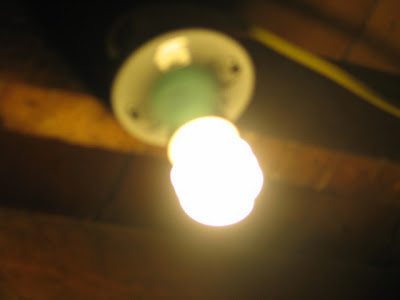 New research shows that bright lights make people more honest, altruistic, ethical, and less selfish. People in a brightly lit room donated more than twice as much as those in a dim room, and were more likely to offer to help others.

“We provide the first experimental evidence showing that brightness appears to heighten the salience of morality to the individual, thereby leading people to perform ethical deeds,” say the researchers from National Sun Yat-sen University, Taiwan, who report their findings in the Journal of Environmental Psychology.

“We suggest that brightness may enhance the self-importance of morality and thereby increase ethical behavior.” The researchers carried out a series of experiments with three levels of brightness under 12, eight, and four fluorescent lights.

In one experiment, men and women were told they were playing a game which involved sharing money between themselves and a stranger said to be in another room. Those in the brightest room offered around 15 per cent more of the cash than those in the moderately lit room, and around 30 per cent more than the people in the dimmest room.

Researchers determined an 85.2 per cent honesty rate for people in the well-lit room, 70.4 per cent for the those in the moderately lit room, and 51.9 per for those under dim lighting.

Click here for the article.
Posted by Gregory LeFever at 12:22 PM 3 comments: